FashionPeplum Guide: A Brief History Of The Peplum

Peplum Guide: A Brief History Of The Peplum 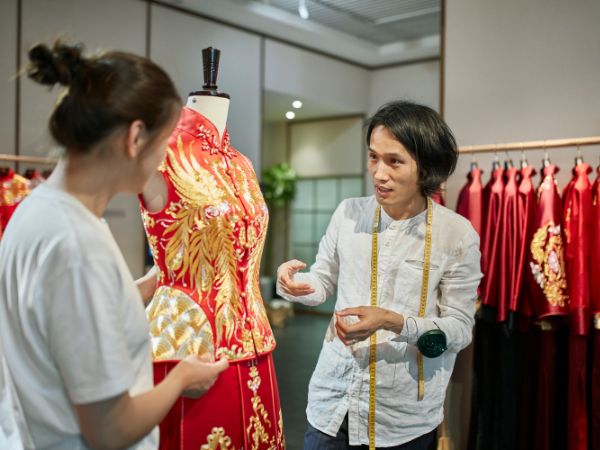 Peplums are a flared ruffle that is sewn to the waistline of a blouse or skirt, jacket, dress, or other garment. This adds extra frill and emphasizes the waist. The peplum dress has its roots in ancient Greece. It gained popularity in the nineteenth-century. Modern peplum dresses, including short skirts and blouses, can be found at major retailers. Find out more about the history and origins of peplums.

Must Read: can there be anything as a poor tune

What is a Peplum?

A peplum is a narrow strip of fabric that extends from the waistline of a shirt or jacket, skirt, dress, or blouse. This style of ruffle aims to create an hourglass figure by emphasizing the small part of the waist, and extending out to the hips. This look is accentuated by many peplum dresses and jackets that have large, structured shoulders.

Peplum is derived from the Greek peplos, which refers to an ancient Greek tunic that was tied at the waist. This fashion detail, which is based on ancient inspiration, has enjoyed a lot of popularity over the centuries. It was popularized in everything from nineteenth-century overskirts to mid-century “New Look” to 1980s power suits.

Peplum garments can be found in many styles, materials, or patterns today. Peplum tops are available in a variety of styles, including sleeveless, long-sleeve and short sleeves. This fashion feature can be made from chiffon, rayon, or pleated fabric.

A Short History of Peplums

This short overskirt, like many clothing items, has been in fashion for many years. This is a short history of peplums, whether you are a fashion historian or just a fan.

Roots in Ancient Greece: “Peplum” derives its name from the Greek “peplos”, which was an Ancient Greek tunic. Peplos was a folded sheet that was wrapped around the body. It was usually cinched at mid-waist to shape the garment. Usually, it was tied with a cord or extra fabric. This caused the fabric to bunch at the waist, causing it to rise at the hips like a modern peplum.

Renaissance era: Both men and women wore Renaissance-era fashions that featured early versions of modern peplums. Doublets, which were hip-length jackets for men that were worn between the Middle Ages to the 17th century, featured small peplums that extended from the waist and highlighted the hips. Peplums often fell over full skirts in the elaborate bodices of the gowns worn by the aristocracy.

Popularity in the Nineteenth Century: The peplum was a fashion trend that became instantly recognizable by the masses in the middle of the nineteenth century. Peplum-style skirts were streamlined and narrower for women during this time. They found it easier to move in this style than the previous ones. Fashion historians often associate the rise in the peplum with the rise and popularity of the bustle, another fashion trend of this era. This was fabric that was gathered at the bottom of a narrow skirt to add volume.

Mid-century fashion: Peplums rose again in prominence after the rise of fashions that emphasize a woman’s hourglass figure in the post-World War II era. Christian Dior’s “New Look” collection was a prime example of a fashion designer who prominently used peplums in his collections. This exposure to high fashion trickled down to everyday wear with ready-towear fashions often featuring peplums in jackets and dresses.

1980s power suits: The 1980s fashions were influenced by 1940s styles, with the term “’80s does’40s” being used to describe this decade-driven sartorial trend. The “power suit”, a fitted, nip waist jacket with shoulder pads and a sleeveless peplum that was sold with a pencil skirt in matching fabric, became a common style. Thierry Mugler, a fashion designer, is well-known for his peplum jackets with nipped in seams. Many of these jackets featured geometric designs.

Today: The peplum has been in fashion since the 1980s and the 1990s. Peplums were briefly reintroduced in the early 2010s by major fast-fashion retailers, who now sell them on blouses that are work-appropriate. Peplums have been used on garments in a more creative way than they were limited to a single garment, such as a jacket or skirt. The sleeve or collar peplum is a very common detail on shirts. You may also find them on T-shirts, mock neck turtlenecks and V-necks. Children’s clothing often has a lace-ruffle peplum to add some fun flounce.